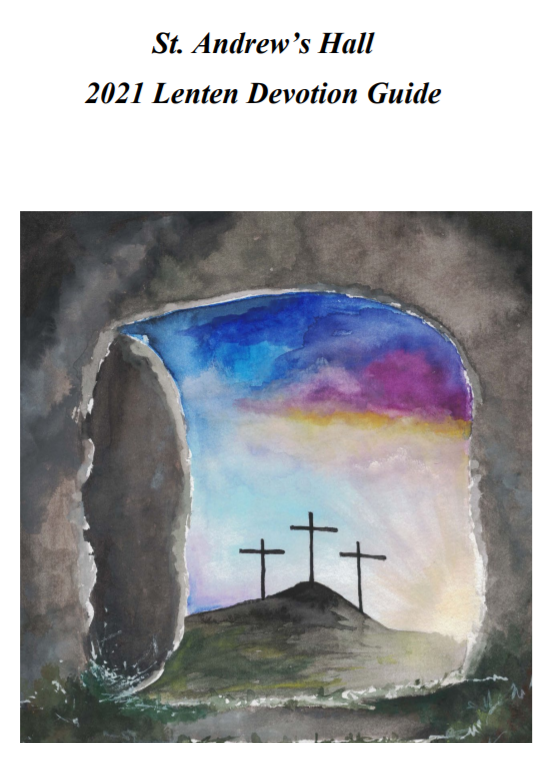 “For it is by grace you have been saved, through faith—and this is not from
yourselves, it is the gift of God—not by works, so that no one can boast”.

There is a certain predictability to Lent. A pattern, an order, a liturgy. We start
with John the Baptist and then Jesus in the wilderness. We hear words about
renunciation, repentance, cleansing with God’s harsh scrub brush to get
clean. And maybe you’re more disciplined than I am, but my rhythm includes
making some promise for the Lenten season before dropping it a week or two
in. What did the Enlightenment philosopher say? “God will forgive me—that’s
his job”?
If these patterns are familiar, it’s important to remember that our Protestant
forebears didn’t much celebrate Lent. This is a relatively recent reintroduction
into the Protestant world, relearned from our Catholic separated kin
(Anglicans and Lutherans—I fully expect your angry email denials, but bear
with me). One difficult problem for us Protestants is where to stop throwing out
traditions. And as we’ve readded liturgical seasons like Lent and Advent,
we’ve found them helpful to a biblical, Reformed sort of faith.
What could be more biblical than repentance?
This is more important since our culture, quickly, picked up really poor
understandings of Lent. It’s a time for a diet. Or for giving up cussing. Or sex
(really! There’ve been whole movies about that!). In other words, if it’s fun,
don’t do it in Lent. What a dismal understanding of the joy of repentance.
In reality the season of Lent, and all of Christian repentance, is about throwing
off things that make us less human. The goal is to leave off injustice and rejoin
the side of grace and goodness. It is, then, about becoming more joyful. This
is hard to remember, with all the talk of repentance, barely audible over John
the Baptist screeching in the wilderness, but it is so. Lent is about what the
Catholic theologian James Alison calls “the joy of being wrong.”
Our human posture is more often to be defensive, to insist on our rightness to
an irrational degree. But when we admit our sin, we fall hard into the arms of
grace. Lent is about joy then, grace, becoming more human, admitting we’re
wrong and asking God to make us and our neighbours and our enemies more
right. Make it so among us quickly, great God of grace. Amen.

Dear Lord, we thank you for the promises of the gospel that lead us into life.
Amen.

Mar 3
Weekly Online Bible Study
Mar 3
JAZZ VESPERS @ KNOX IS BACK!
Mar 6
Out Of The Cold