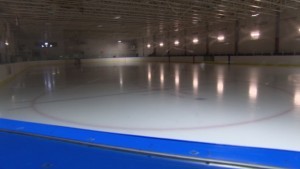 And then this: Since moving to Ottawa, I’ve enjoyed walking through the doors of an Ottawa arena each week where I play in a men’s league. Though at our weekly game a couple days ago, I learned this was the rink where a racial slur was recently hurled at an on-ice official. A very different story than the GHL. A sad incident, fueling more fears and mistrust between people of different race and religion.
It struck me how un-Canadian this particular incident is, especially because of where it happened. Even though hockey isn’t always seen as the most gentle of sports, and I know the game has it history of blemishes, my guess is even the boss of Coach’s Corner would speak out against this kind of bigotry associated with the coolest game on earth.
I know the racial slur at the Ottawa rink was likely prompted by other events on the ice or in the stands. I also understand the heckler probably spoke out of ignorance and perhaps even fear and mistrust of someone from a different race. And yet, especially with the already tense political climate, I’m ashamed that someone from Arabic background doing such a Canadian thing as officiating a girls’ hockey game was heckled to leave our country. It makes no sense.
And it makes me wonder how much more we can be doing in our communities–whether at hockey arenas, dance studios, schoolyards, or over a neighbour’s fence—to become better informed people about our differences with greater appreciation for the diversity we share. Like the GHL players going to such great lengths to learn “Canada’s game,” seems to me many of us can do more to understand new Canadians who are different than us. Ignorance too often leads to misunderstanding which breeds fear, hostility, mistrust, and division, all of which seem to be in far too great supply as of late; Awareness more often leads to understanding which nurtures hope, hospitality, trust and community.
This week, an airliner filled with 163 Syrian refugees landed in Toronto, the beginning of hopefully many more arrivals. As important as raising funds, finding housing, and gathering furniture and clothing, so will be our efforts to listen to their stories, appreciate their hopes and dreams, and so help them to make our country an even better place to live.    Seems to me, from the way I understand how Jesus opens doors, this is how God’s will is done on earth, as it already is in heaven.