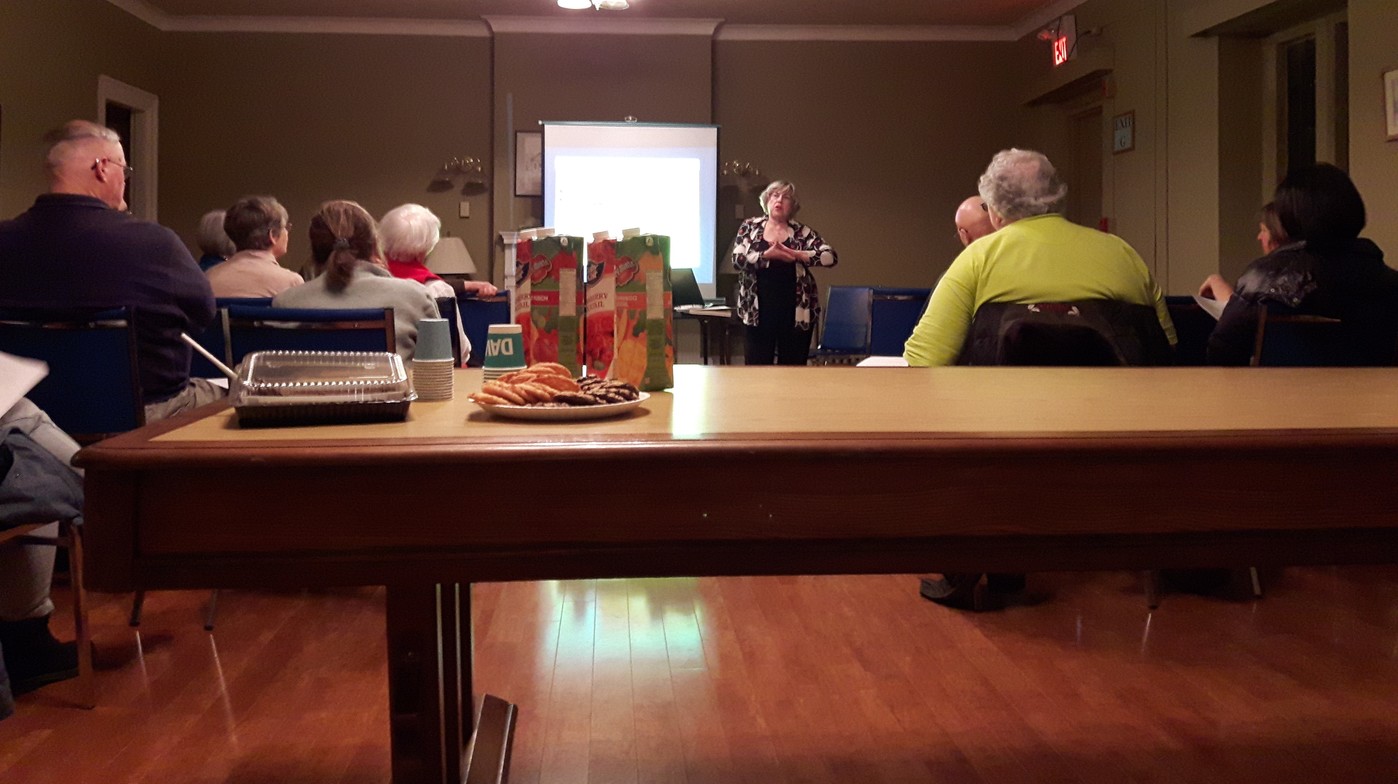 An even larger number of people attended the third session of Windows on World Religions on March 8th. Judaism, they learned, is the oldest of the Abrahamic religions - Islam and Christianity are the other two. The mportance of the written word of God, the authenticity of it, and how it can be interpreted and lived, are all matters that are supposed to guide Jews in their daily life as well as their religion. In that way the three religions are similar.

Dr. Gaver pointed out that for centuries not just scholars but ordinary Jews have been discussing the important issues of relationships between God and mankind, between humans, and between humans and the earth, questioning and debating the meaning of the holy scriptures and their guidance in these issues. In response to questions, she discussed the relationship between Judaism and the nation of Israel.

Next week the series will conclude with an look into Islam.