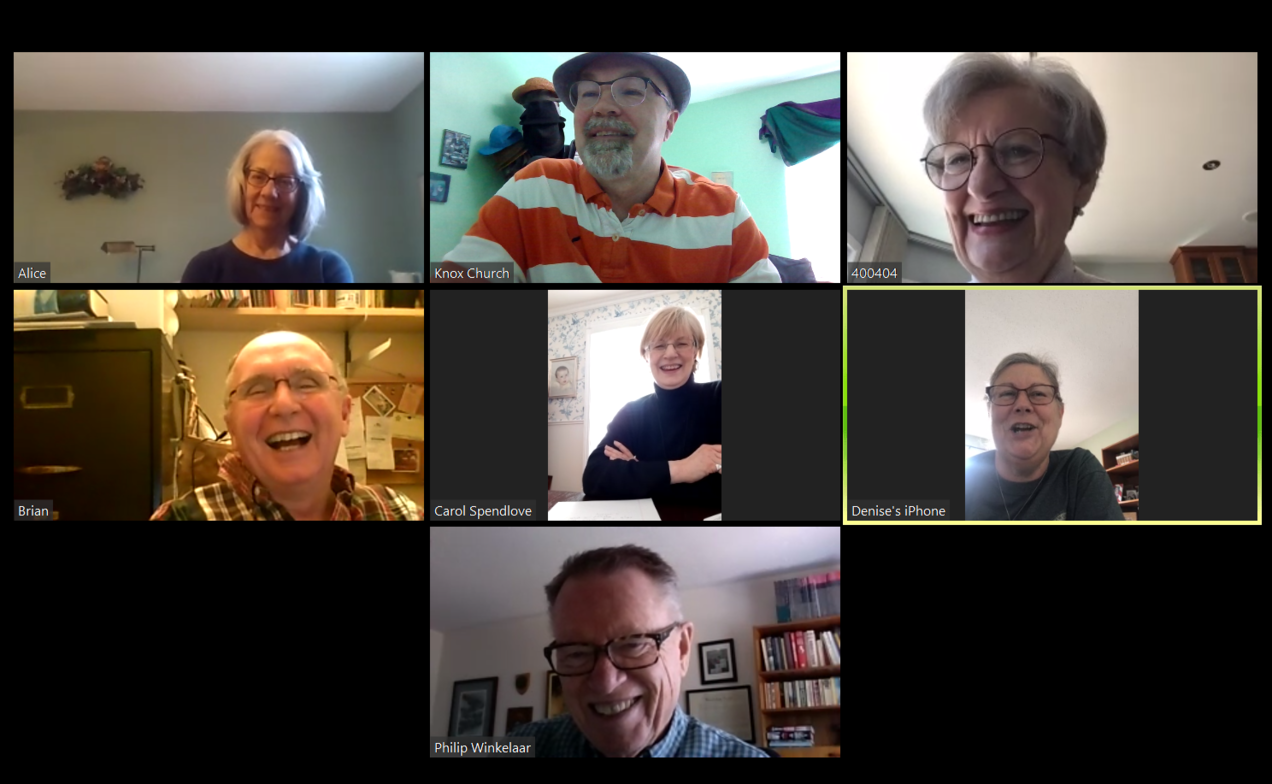 After six months of going through the Gospel of Mark, chapter by chapter and verse by verse, the Knox Wednesday Morning Bible Study group decided it was time for something completely different. They’d done the Psalms (well, as far as number 75); they’d done Ephesians; they’d done James, and now they’d done Mark.  What next?   They decided to go with Joel.

So why Joel?   And who was he anyway?  Joel is not one of the Big Names of the Old Testament.  He was no Isaiah with his Messianic prophecies, or Daniel interpreting the writing on the wall, or Ezekiel with his vision of dry bones.  Joel was one of the Minor Prophets, who, Reverend Jim was quick to point out aren’t any less important than the Major Prophets; they just have less to say.  As Alice Templin put it, “We were really looking for something that wouldn’t require a commitment of six or eight months.”  After all, we are living in volatile and changing times.

So, on Wednesday, the Bible Study group got together for the first time since the pandemic lockdown began; not sitting around a table at Knox Church, but by Zoom personal distancing technology.  We made it through the first half of the first chapter of Joel, a description of doom and gloom, swarming locusts, rampaging armies, catastrophe and devastation.  A good start in a year of pandemic.  But things will get better in Joel, we are told.

Not much is known about Joel.  His name only pops up twice in the Bible.  He was operating around 835 BC in or around Jerusalem.  He was probably a farmer, and he used a lot of agricultural images in his prophesies.  We’ll get into more of those images as we progress.

Wednesday’s meeting saw some empty places around the virtual table.  Some regulars couldn’t make it because of the technology; but for Phil and Linda Winkelaar, this new way of doing things made it possible for them to join.  “Going back and forth to downtown on Wednesday was a problem for us,” said Linda.    “Maybe,” said Denise Losier, “we could continue doing something like this afterward, with some people joining in remotely if they can’t make it in person.”

Watch this space for further developments, as we hear what Joel has to say.  And don’t be afraid to join in the conversation Wednesdays at 11.  For instructions on how to join, contact Pastor Jim (pastor.jim.pot@rogers.com).