Meet the Newest Member of the Knox Family 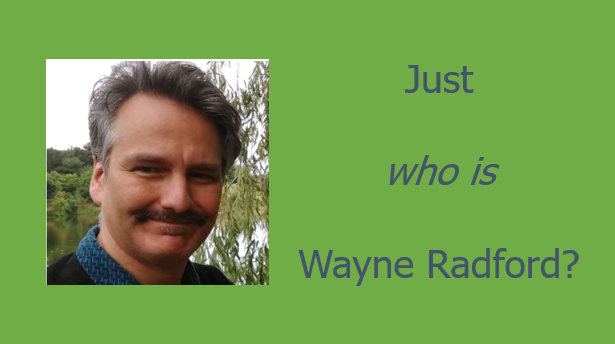 It was late fall 2020, with Covid19 settled in over Ottawa.  Wayne Radford and his fiancé Jill St. Hillaire, newly arrived from Montreal, were strolling past Knox Presbyterian Church.  They were checking out the downtown, having moved recently into their apartment, near the corner of Bank and Gilmour Streets.  It was Saturday; everything was in full lockdown mode, and there were the volunteers outdoors, handing out meals to a line of people standing along the sidewalk..

Both Wayne and Jill had worked in a community kitchen in Montreal.  Questions were asked, the Minister was pointed out, introductions were made, and in no time at all he and Jill were working on an Out of the Cold prep team in the Neighbours in Need program.

That was a year ago.  Wayne Radford is now the newly-minted Assistant to the Minister at Knox, working on the outreach ministry and various technologies at the church.  Jill pointed out the position to him when it came up on the church Facebook page.  “You should look into this,” she said.  And he did.  “I dropped off my wedge of paperwork,” says Wayne.

Mad skill set indeed.  Some things you might want to talk to Wayne about during coffee hour might include his 35 years as a professional magician (still ongoing); or his time with Electronic Arts, a video game design company in Vancouver.  He’s had an events business, and he’s been  a financial advisor with Edward Jones in Vancouver.

That last enterprise came to an end with the financial crisis in 2008 when he found himself with a failed marriage, no job, and no prospects.  “Vancouver is a very expensive place to start over,” he says.  “I was homeless for a year.”

With that experience behind him, it’s not surprising to find Wayne volunteering at Out of the Cold.  “I know what it’s like to stand in line,” he says.  “To wait at the Food Bank, to not have anywhere to go afterward, to walk the streets.  I know how you get street feet, walking all day in cold wet socks.

In 2010 Wayne’s Dad passed away and he returned to his home town of Montreal.  Finding  that he qualified for funding as a mature student, he enrolled at Concordia University, where he obtained a Bachelors degree in Theology, going on to complete Graduate Studies in Community Development, and Adult education, as well as a Certificate in Pastoral Ministry.

During all this time in Montreal, Wayne was heavily involved in promoting community resilience, especially food security and food preparation, with a focus on working with faith-based organizations, believing that churches have a lot to offer.  What astonished him when he came to Ottawa was the way many of the downtown churches work together interdenominationally.  Something he never noticed in Montreal.

“I’m literally amazed by Knox.  I didn’t think a church like this existed.”

It was Out of the Cold that attracted Wayne to Knox in the first place, but his enthusiasm for the place goes beyond that one program.  “I’m very encouraged and very glad to be here,” he says.  “It’s a living congregation that exemplifies the love of God here in Ottawa.”

As Assistant to the Minister and support for Outreach ministries, Wayne works with the audio-visual programming for Sunday mornings.  He helps out with special events that come to the church, organizes the ushering, and is working on a hybrid meeting project.  This last involves working out the technology to allow people meeting for Session, Temporal Board, and other Knox committees - even groups renting space in the church - to gather in person and on-line.  He has a special interest in anything that will get people to come into the church.  Reaching out to the community beyond Knox is what he sees as a prime responsibility.

There is a lot more to Wayne than can be covered here.  Some other things you can ask Wayne about at Coffee Hour:  his idea for a cooking workshop for some of our OOTC clients; his thoughts on the importance of men’s ministries; his plans for continuing his education at St. Paul’s University. Above all, get him talking about his enthusiasm for Knox as an important hub in downtown Ottawa.  There will be no shortage of conversation.  His invitation to all, in all seasons:

“Come and See what is happening at Knox Church.”