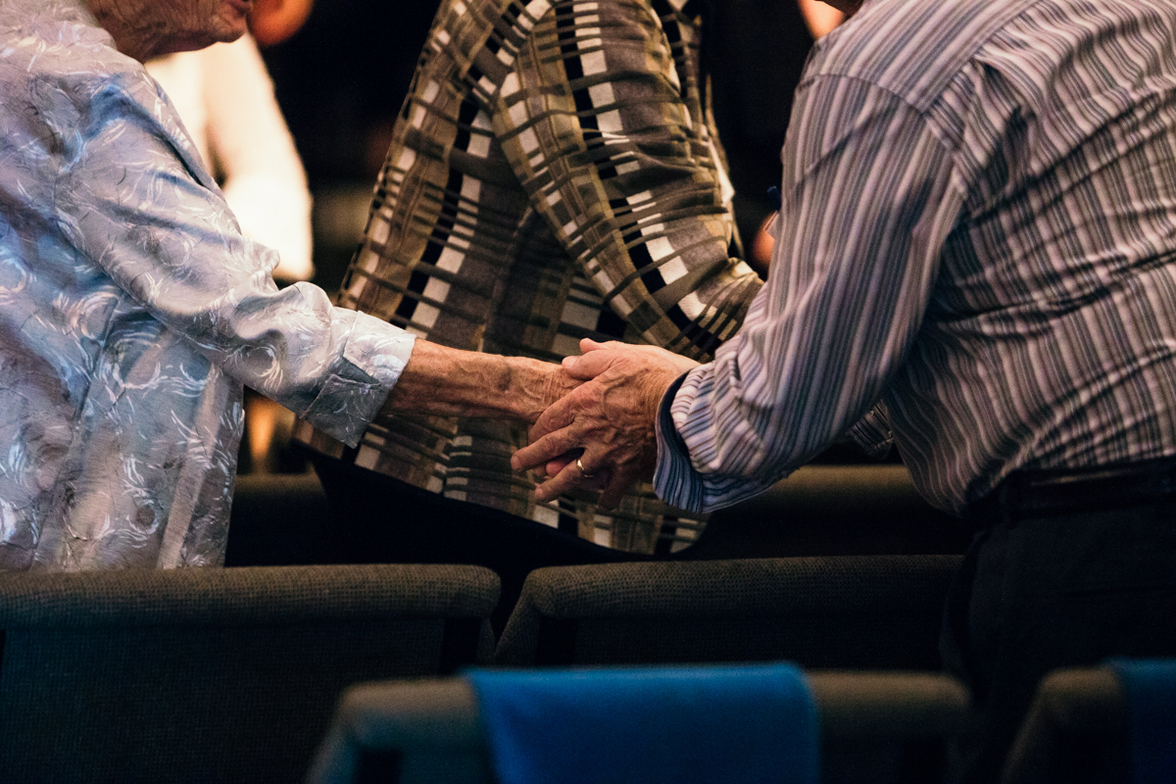 Forty to fifty people of many faiths came together in Geneva Hall at Knox on January 28th to remember those killed and wounded while at prayers in a mosque in Quebec City, just a year before.

On the first Friday after the killings, representatives of Knox had met with some of the Muslim worshippers as they entered for Friday prayers, expressing their sorrow and solidarity. The event on January 28th was a chance to re-affirm those feelings.  Omar Mahfoudi,  coordinator of the Friday prayer group that meets in Iona Hall of Knox, and Pastor Jim Pot jointly organized the event, with the wholehearted approval of the Session of Knox.