Who does what at Knox

The Clerk of Session 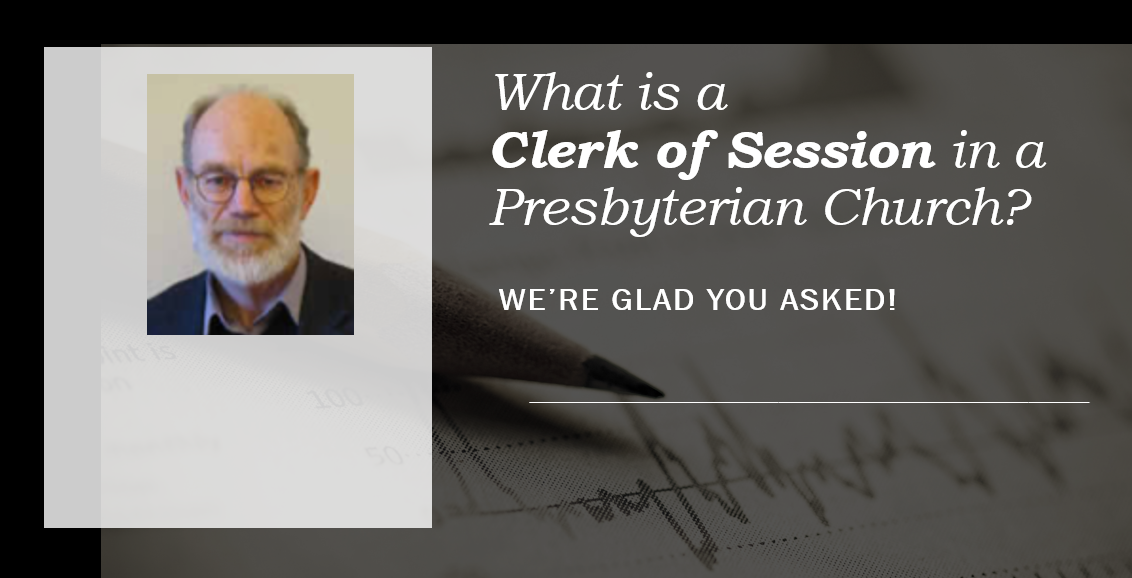 Tucked away as we are in isolation, unable to meet and greet each other in person, the Knox website is a reminder that the work of Knox goes on, and will continue to do so after this pandemic is over. In the meantime, here is an opportunity to find out something about the people who do that work.  How much do we know about who does what at Knox?  First up: Greg Fyffe, the Clerk of Session.

“From time to time if a visiting minister comes to speak it’s my job to introduce him,” says Greg Fyffe in his usual understated way.  “People might wonder what I’m doing up there.”

What he’s doing is being the Clerk of Session.

Greg defines that role as having a formal element and an informal.  On the formal side, you’ll see him leading the procession of elders to the front of the church on Communion Sundays, and distributing the bread and wine to the elders to take to the congregation.  That - and introducing visiting ministers and making the occasional announcement - is probably the most public part of his job. Much of his work is behind the scenes, away from the view of the congregation.

As Clerk of Session Greg heads up the Elders – the people elected by the members of the church to be responsible for the spiritual life and order of the congregation.  He helps the minister prepare the agenda for Session meetings, canvassing elders for input.  At Session meetings he sits next to the Minister/Moderator and takes notes which he writes up and distributes to the elders later.  And every year he produces the Session part of the Knox annual report, and along with Scott Mackenzie and Denise Losier of Temporal Board, reports on the congregational and financial statistics to Presbytery.

He is responsible for keeping the records of Session, records that go back for 175 years, in the past written neatly out in longhand by Clerks going back to the beginning of Knox.  Greg uses a computer.  But there’s more to it than recording meetings.

“An important aspect of the job,” he says, “is maintaining the historical memory of the church.”   Considering his long association with Knox, Greg is in a good position to do that.  His parents were married at Knox, and his father was the elder that started Centre 120 and the Restoration Committee.   His grandmother came to Knox three years after the church union in 1925, and was an active member.  Greg has been attending Knox since 1963 when he was in high school and his father, a naval officer returned to Ottawa.  He was Clerk of Session for six years starting in 2005, briefly in 2012, and from 2013 to the present.  On top of that, his wife, Alison Hare wrote “A Settled Place,” the history of Knox for the church’s 150th anniversary year.  To say that he knows a lot about Knox is an understatement.

As Clerk, he often ends up on other committees, including the current Contingency Committee on the church’s handling of the pandemic shutdown. He’s served on Search Committees for ministers past and present, and when he says “somebody has to go to sending and receiving Presbyteries” when a new minister is being called, that somebody is often the Clerk.

An important part of the Clerk’s job is his relationship with the Minister and the congregation, consulting and strategizing about the direction of the church.  Greg and Pastor Jim speak regularly about how things are going, and talk over problems and issues that may come up.

For example, the biggest area of concern right now, he says, is the extra burden the Minister carries in maintaining regular contact with the congregation when there is no worship service, and keeping a focus on Knox’s mission to its own people and those in need in the community.  Preparing an online worship service has been a learning experience for everyone.  Greg and the other members of the Contingency Committee do as much as they can to help the Minister work through the innumerable issues that have come up during the pandemic emergency.

“The most significant part of the informal side of the clerk’s job,” says Greg “is being one of the people the Minister can bounce ideas off, ideas like where is the church going, what is our mission, are we being the kind of church the community needs us to be.  It’s the Minister who gives voice and substance to all these things.”  Although Pastor Jim reminds us that a great part of the Minister’s job is to point people to Jesus, and help us live out our mission following him.  Jim confides that Greg is often there for him to help him remain focused on that task.

Through it all, Greg Fyffe quietly goes about, keeping a low profile and doing his job.  People may wonder what he’s doing up there.  He’s the Clerk of Session at Knox Presbyterian Church.