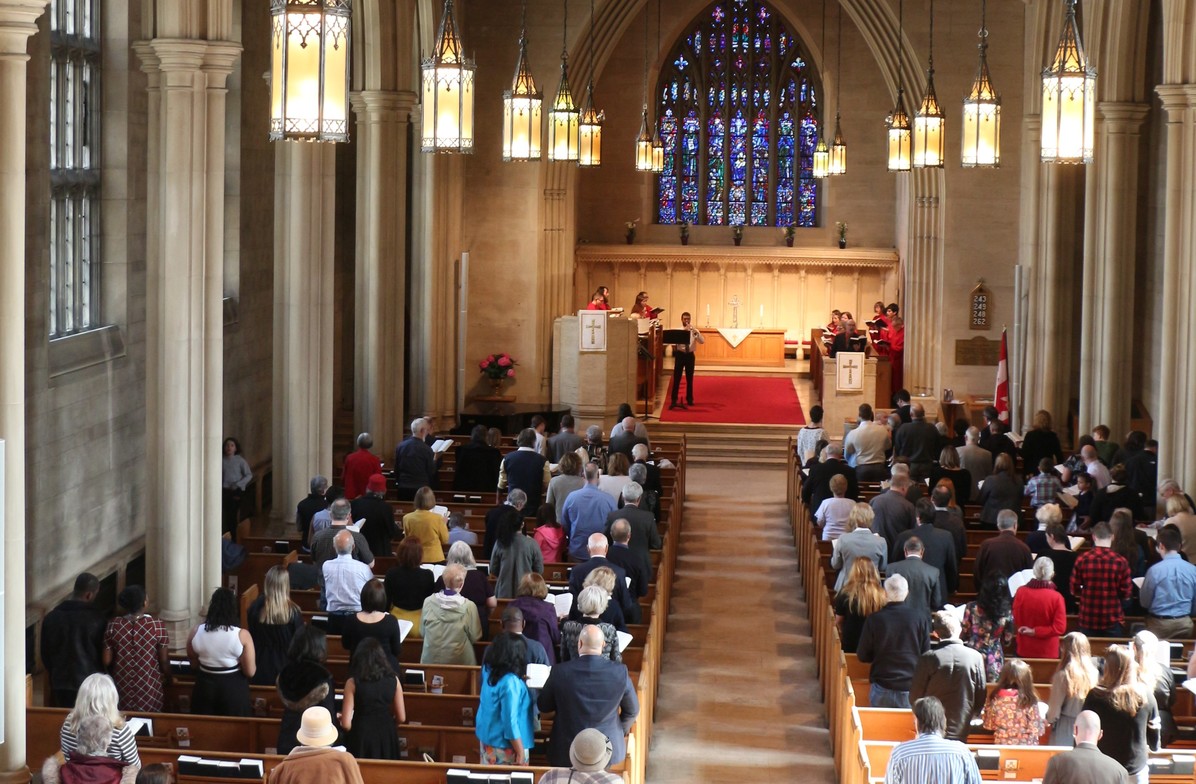 Since closing the church in March, we have thought carefully about how to make sure it is safe for everyone when we reopen.

Many people are worried about a possible spike or surge in Covid19 cases after people begin gathering in stores, restaurants and other places, as seems to be happening elsewhere. Worship services pose the same risks.

Provided there is no such spike following the recent opening of other public spaces, we expect to resume services on August 16th. Knox will adhere strictly to all regulations and guidelines of the provincial and city health authorities, and expects that everyone attending will be prepared to do the same. The wearing of masks, hand sanitizing, physical distancing and other measures will be followed, as well as collecting information to permit contact tracing if a case should be detected among those who have attended. That information will be safeguarded and used for NO other purpose.

Until it is safe, there will be no singing or speaking by the congregation.

We intend to continue on-line services even after they resume in the sanctuary, as we know that some may initially be reluctant and others simply unable to attend in person.

Visits and Meditation at Knox

Every Wednesday for several years, Knox has opened its doors from 1130 AM to 130 PM, inviting all people to visit, perhaps to meditate or pray. Like other Knox events, these Open Wednesdays were discontinued in March but as of June 24 they have resumed.

Procedures to keep visitors safe from Covid19 have been developed and are in place. Similar to those that will be in place for Sunday services , they will serve as practice and testing for August 16th, the target date for worship in the sanctuary.