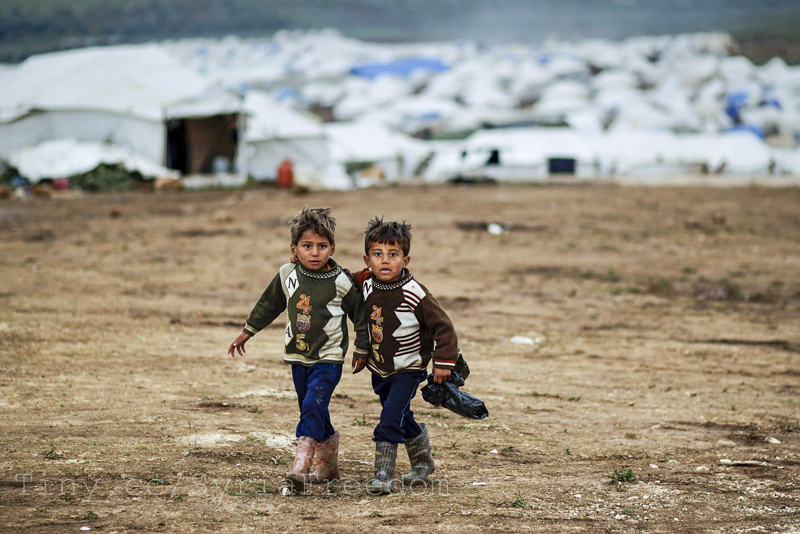 Like the rest of the world, we at Knox were shocked and horrified by the images of suffering of the people of Syria, where war brought destruction of homes and death or injury to thousands. Many more have been persecuted and driven from their homes for having the wrong heritage or religion. Millions of people of all ages and faiths have been displaced, seeking refuge elsewhere. While European nations have been inundated, Canada has also accepted many thousands of these refugees. Churches have been prominent among the non-governmental sponsors

In keeping with Knox's past response to humanitarian crises, such as Hungarian refugees in 1957 and Vietnamese and Cambodians in the 1970s, the congregation resolved to sponsor at least one refugee family.

A whole year has now passed since we welcomed that family of five to Canada. In that time they have become fluent in English, made new friends, joined a church that follows the same liturgy they had in Syria, and made plans for the future.

The two eldest children have registered for university courses, the youngest is enjoying school, one parent is employed in a social service position and the other taking steps to obtain professional qualifications in Canada.

The determination and perseverance of each of them has allowed them to make the massive adjustment in living conditions and lifestyle.

The congregation's legal obligation has come to an end, but that does not mean the friendship that has developed will be forgotten.