Chapters Nine and Ten of the Book of Esther 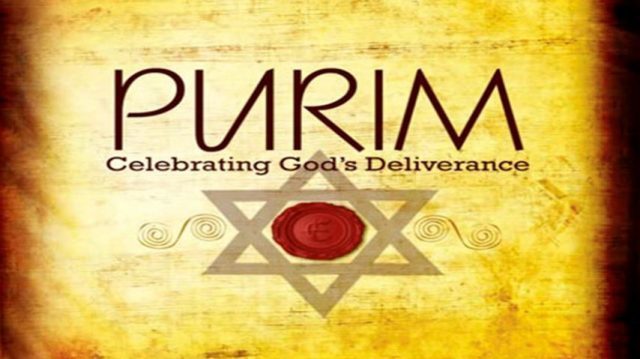 The story of Esther ends in a welter of violence and celebration, a strange mix to modern sensitivities, but very Old Testament.  The violence is directed at the enemies of the Jews, while the celebration is the first ever Feast of Purim, which continues in Jewish tradition to this very day.  Esther, with some significant input from Mordecai, has saved her people, and woe to those who plotted their destruction.

If chapter seven was the climax of the story with the downfall of Haman, it was pretty obvious to the Wednesday Bible Study that chapter nine and mini-chapter ten serve to tie up all the loose ends.  The dreaded 13th of the month of Adar has finally arrived and the Jews, rather than being wiped out as Haman had planned, fight back and kill their enemies by the tens of thousands.

No looting though, as the story repeatedly informs us.  In contrast to Haman’s original decree to kill the Jews and loot at will, Mordecai’s decree says no plunder.  Clearly there are limits to the response allowed to them as they defend themselves.

Even Esther gets into the act.  When the king asks her what else she’d like done she asks that the ten sons of Haman be hanged on the gallows.  Now why is that, we wondered.  After all, by that time they were already dead.  There seems to be some kind of a symbolic message in this public exhibition.

The death count is staggering; clearly Haman wasn’t the only one who had it in for the Jews.  Nine hundred of their enemies are killed in Susa, and 75,000 throughout the provinces.  No plunder though.

When the dust has settled, it’s time to celebrate.  The Jews of Susa and the villages beyond embark on feasting and gladness, and gift giving.  Here the author briefly sums up the story, reminding us of Haman’s plot, to cast “Pur”, or cast a lot, to set a date to destroy the Jews.

Indeed, there’s a real reversal here.  Everyone is terrified of the Jews, because of the power that has now been bestowed on Mordecai, no longer an exile, but the man who controls the king’s signet ring.   As for Esther, she’s more than just a beauty queen; she’s the savior of her people.  She and Mordecai send out letters to all the Jews in the 127 provinces, decreeing “that these days of Purim should be observed at their appointed seasons.”

So, what are the closing themes of Esther?  We’ve seen God’s providential care, even though He’s not mentioned by name.  We’ve seen ordinary people acting in ways that change their world.  And we’ve seen how pride and hubris lead to downfall, as witnessed by the fate of Haman.

Chapter ten is only three verses long, and it ends with Mordecai, who as we’ve noted before is the real mover and shaker in this story, “next in rank to King Ahasuerus, and he was powerful among the Jews and popular with his many kindred, for he sought the good of his people and interceded for the welfare of all his descendants.”

Next week the Wednesday Bible Study starts on the book of Ruth.  New members are welcome to join by contacting pastor.jim.pot@rogers.com