Ernest Ruppenthal – A Man for all Seasons 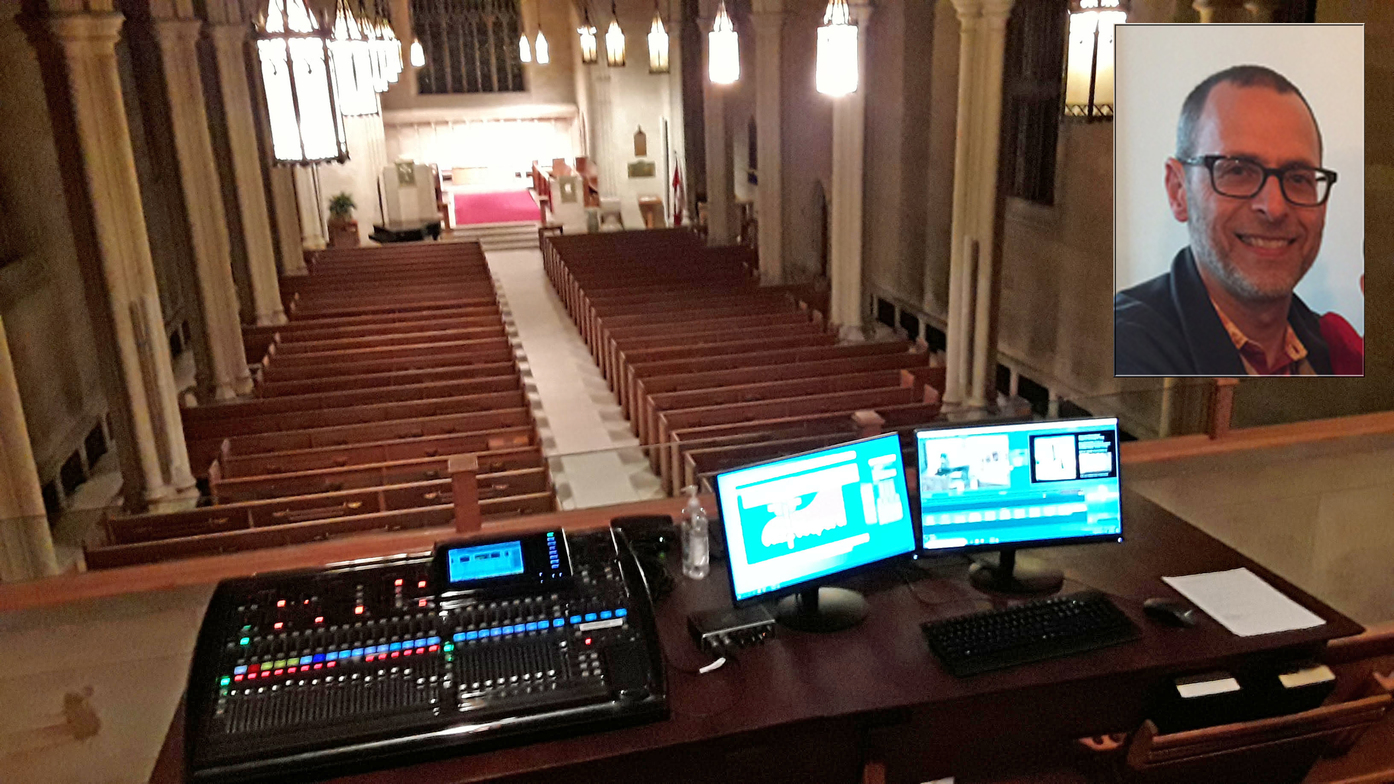 You may not know him, but without Ernest’s dedication, Knox’s transition to an online Sunday worship service would have been far more challenging than it was; and it was challenging.

Ernest has served as guest musician at Knox many times, supporting organist and choir director Simon Pinsonneault when he’s away. Ernest has also provided a guiding hand and critical technical expertise to keep Knox moving forward since the pandemic got serious, around March of last year.

Yes, Knox had a website and a Facebook page, but had never taken the next step to provide people the opportunity to enjoy the service from home; that’s particularly useful when no one is allowed to go anywhere. Ernest helped make that happen.

A sign of a strong and committed pastor is one who knows where to go and who to call on in tough times, and Pastor Jim Pot knew who to call this time…Ernest Ruppenthal: musician, technician, computer magician.

Says Ernest: “We were certainly thrown into this situation rather suddenly and when Jim asked me what we could do to connect with the congregation, I wasn’t exactly sure what to tell him. But we started small with a smartphone and tripod, livestreaming from Jim’s office, and it worked, sort of…you’re pretty limited in what you can do on a smartphone, but the Service went on and that was the main thing.”

Ernest says he really enjoys high-tech, which is natural since he’s worked for the likes of NCR, JetForm, Adobe, and for the past nine years, Ross Video. Oddly enough, high tech wasn’t his original calling. Born and raised in Kitimat, BC, Ernest graduated from the University of N. Texas with a music degree in 1987, but decided becoming a professional musician wasn’t for him.

“I never really pursued it though I keep a hand in it. I got into the high-tech field, really enjoyed it, and I’m still there.”

Ernest met his American-born wife Janice at university, but they moved back to Canada after their marriage in her home state of Pennsylvania. Once in Ottawa, the couple tried several Presbyterian churches in town but Ernest says, “we really appreciated the warm welcome we received at Knox, and that was 20 years ago.”

His background in high-tech made him a natural choice to recommend upgrades to the church’s online system. Once that initial smartphone experience was over, it was clear that more was needed to elevate the system to a professional level.

Ernest provided Knox with several technical options, recommending a quality system that would require an investment of between $10,000 and $15,000. The word came down: Go ahead.

Ernest next put together a comprehensive proposal to solicit bids from qualified firms that could supply the equipment and necessary expertise.

“The big expense was the cameras and the central computer,” says Ernest. “We needed two cameras at around $3,000 apiece - you have to have quality equipment to deliver a quality product to people. Everything then had to be integrated into our existing sound system which fortunately is an excellent one.”

The result is what you’re watching every Sunday morning: a professional streaming or video program managed and directed by Ernest, with input from other Knox volunteers.

Ernest’s ‘office’ for Sunday’s livestream is up in the balcony and depending on whether the service is pre-recorded or livestreamed, he can spend anywhere from eight to 12 hours each week in preparation… that often means working ‘til late Saturday night. Sometimes he has help, sometimes he’s solo. And yes, he’s accepting additional volunteers!

Ernest was also the inspiration for Jazz Vespers, a popular musical/spiritual event held at Knox. Ernest says similar programs were operating elsewhere, and he felt it was a concept that would be popular at Knox Presbyterian. It was popular, and has now been running for more than eight years. After acting as director and manager of Jazz Vespers for many years, Ernest turned the reins over to Pastor Jim. And it’s still going strong, pandemic or no!

Knox is indeed fortunate to have people like Ernest Ruppenthal in its midst. People who step up when the chips are down.  And why does someone make a commitment like this?

“To put it as simply as possible, there was a need. I saw this as a way to help keep our community together and to be of service,” Ernest says.

As a result, there’s now a church service from Knox available every week for all who want to be a part of it. Thank you, Ernest!

May 15
NEIGHBOURS IN NEED
May 16
Sunday Worship @ Knox

May 9
Who Nurtures You?