Who’s Who in the Pews 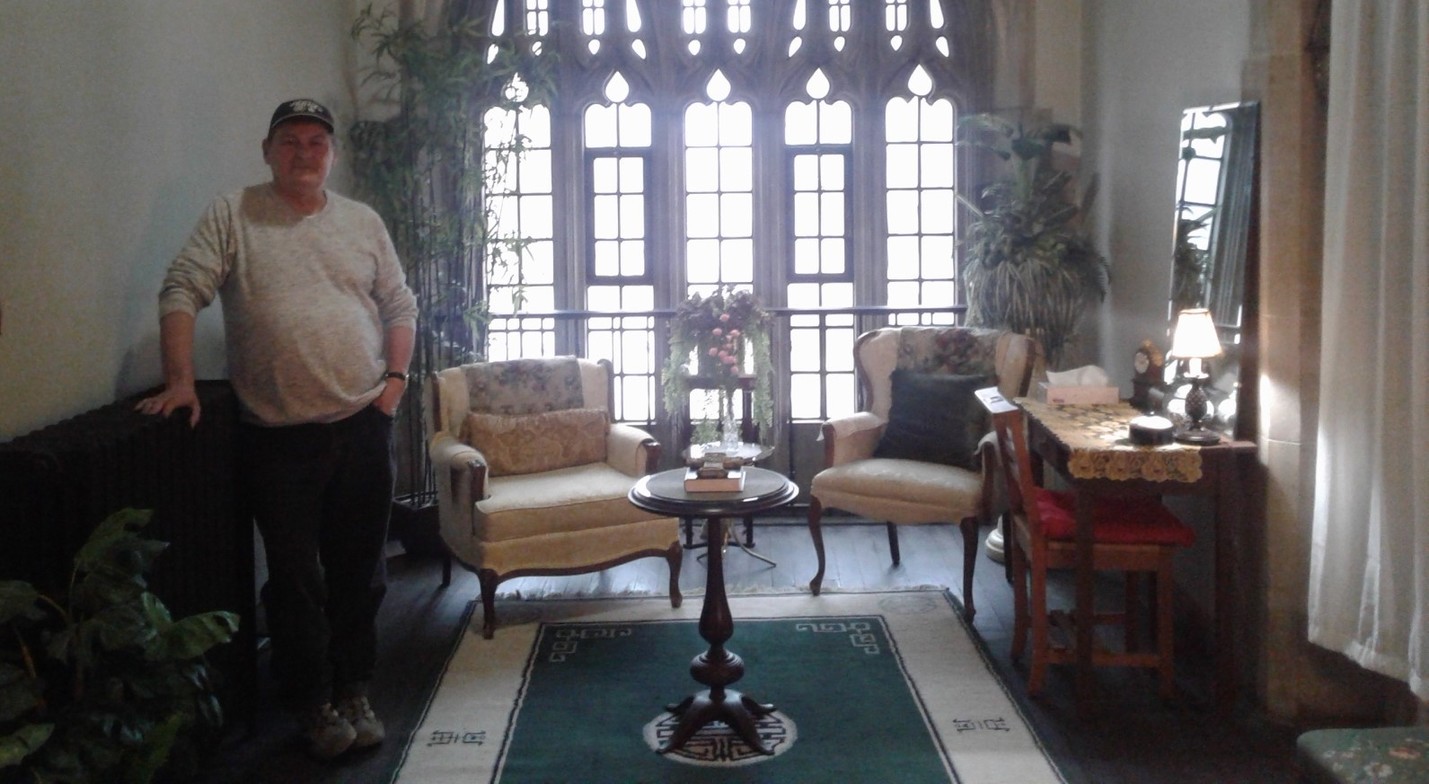 It’s a sad truth, but the fact that Knox Church the building remains closed for services as a result of the pandemic means we continue to miss the friendships and pleasure we have grown to take for granted on Sundays and beyond. With that in mind, we decided to prepare a few bios of congregation members…so we don’t forget each other. Sometimes you also see people each week but really don’t know anything about them. So, here’s our first posting…hello Daryl Durant!

Daryl Durant didn’t really have a church at all before he came to Knox. And he came via his friend and partner Raymond, a long-time Knox member, and elder. Sadly, Raymond passed away far too young, in 2016.

Those were hard days for Daryl but he says, “Knox was there for Raymond…and for me. I wanted to give back after the kindness we both received at the time.”

And so, Daryl went alone, and attended Christmas Eve service at Knox in 2016. He was baptised in June 2017 and has been a stalwart ever since, working and volunteering in many aspects of Knox life.   Daryl says he misses the church and congregation terribly what with the restrictions brought about by the pandemic.

“I’m a very social person so I miss chatting with people at Knox but I also miss the talks I used to have with local business people along Elgin Street, many of whom I know by name and who know me.”

As Knox’s wedding coordinator, that aspect of Daryl’s work life has dried up completely, with more than a dozen nuptials now on hold. Knox’s sanctuary was already a great venue for weddings but awhile ago Daryl realized there was nowhere for the bride and her retinue to go pre-wedding. As a result, he initiated, created and furnished an attractive bridal enclave located upstairs just beside the balcony. It’s now an appealing spot for any bride-to-be to do some nervous waiting.

Ottawa’s been home for Daryl now for 36 years, though he grew up in Almonte and Carleton Place.

Typical of the kind of person he is, Daryl isn’t sitting on his hands during these times of social isolation. His apartment building, near the church, has a number of older residents and he shops and delivers groceries and prescriptions to several. Daryl’s a cook and baker and often takes his creations to those same people who may not eat right without some encouragement.

If that’s not enough, Daryl works and volunteers at Knox’s newly-evolved ‘Take-out Meals’ service, which provides hot take-away food to people downtown each Wednesday and Saturday evening. It’s greatly appreciated by those who have come to rely on it.

“I have to say when this all started, I was sitting around not doing very much but gaining weight, so I’m glad to be able to get out, and help my friends at the same time. And now I’ve decided to take a walk every evening for an hour or so…it helps mind and body.”