Who’s Who in the Pews. 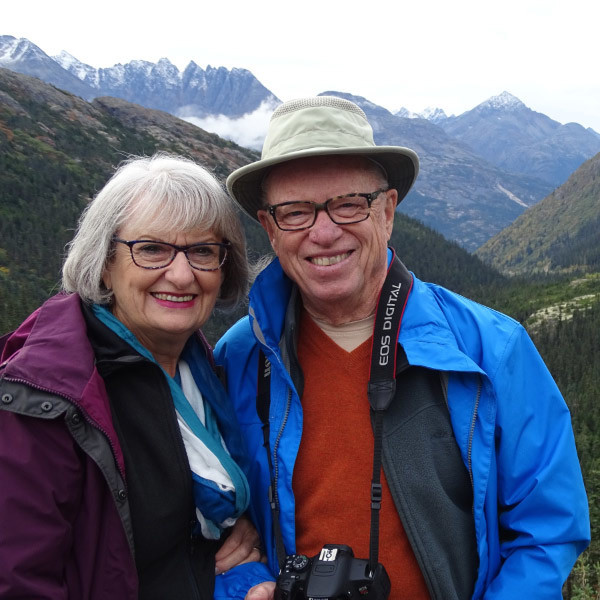 It’s a sad truth, but the fact that Knox Church the building remains closed for services as a result of the pandemic means we continue to miss the friendships and enjoyment we have grown to take for granted on Sundays and beyond. With that in mind, we decided to prepare a few bios of congregation members…so we don’t forget each other. Sometimes you also see people each week but really don’t know anything about them. So, here are Linda and Phil Winkelaar.

The first run of this bio for Phil and Linda covered a lot of ground. It was all accurate and all true. But the fact is, they thought it showed them in too bright a light…they’re too modest but that in itself says much about them.

Phil and Linda grew up in Edmonton and met there. Three of their four children call Edmonton home today, but they still have one daughter, Susan, here in town.

When they moved to Ottawa in 1996, like many new arrivals, the couple tried out a number of churches. A concert one evening at Knox got them in the door and they’ve never looked back. They’re now 24-year Knox veterans.

“Back then, like today, Knox was made up of friendly, welcoming people and that drew us in and has kept us here. Knox has really become the source of many of our closest friends,” says Linda. “Of course, the music was and remains another big attraction.” Linda has been in the choir almost from day one with Phil joining the fold a little later.   And there’s also the leadership from the pulpit which draws people in and keeps long-time members like them coming back.

A physician by profession, Phil took his medical training in the Canadian Forces, and spent three years in Germany, as well as working in Edmonton and in Medicine Hat, Alta. Linda was in the medical field in nursing but spent much of her career as an education assistant working with special needs kids, a challenging but rewarding profession if ever there was one; of course, that was when she wasn’t at home helping raise their four kids.

Both Linda and Phil are active in numerous aspects of volunteer work within and outside Knox. When not volunteering, Linda is an avid gardener.

“I’m out working around in the garden all summer,’ Linda says. “I love it.”

Phil is waiting for the golf courses to open, which may not be too far off. He also enjoys history and writing, and is working on his second book, tracing the stories of vets who attended Knox Church and were killed in the two World Wars.

There’s a highlight in Phil’s long medical career he didn’t want to talk about in an interview. Fortunately, Linda was more forthcoming on the subject. It’s the fact that in 1994 Dr. Philip Winkelaar, then of Medicine Hat, was named Canadian Family Physician of the Year, a prestigious award made all the more so given it’s a recognition by one’s peers.

Here are a couple lines from a story in the Canadian Family Physician journal at the time giving a sense for why Phil won this award:

“Winkelaar's focus seems to be entirely on his patients. He considers the two biggest challenges facing family doctors today are: ‘Keeping patients central to our thinking in these times with so much else to worry about and making sure what we do makes a difference, makes things better - not just cost-effective for our patients,’’ he said.

Sounds like a pretty good approach at any time doesn’t it?