The Ascendance of Mordecai

Chapter Eight of the Book of Esther 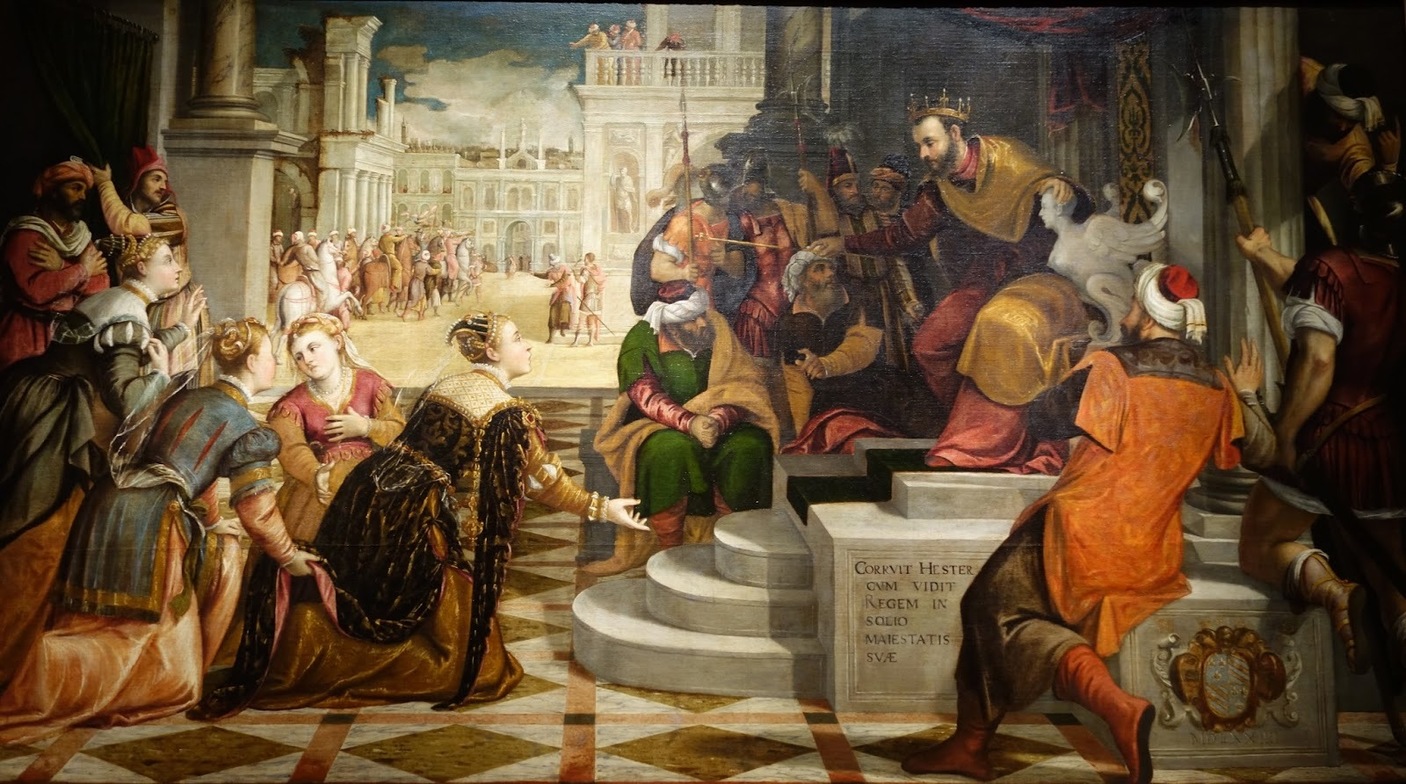 Well!  Things certainly came to a climax in last week’s study of the book of Esther.  Chapter 7 ended with the villain Haman dangling at the end of a rope on the gallows he’d built for the Jew, Mordecai.  But, as anyone who’s ever been on a teeter totter knows, when one end goes down, the other end goes up, and that other end in chapter 8 is occupied by Mordecai.

In fact, the meteoric rise of Mordecai had the participants in Wednesday’s Bible study wondering if Mordecai is the hero of the story and not Esther.  He’s certainly been at the heart of the action right from the beginning.  He’s been Esther’s mentor and adviser from her arrival at the royal palace; he’s discovered and revealed the plot against the king; he’s told Esther in no uncertain terms that it’s her job to save her people; and he’s been paraded around on the king’s own horse for the afore-mentioned saving of his majesty.

Now, in the wake of Haman’s downfall, here’s Mordecai in the presence of the king who has just received another bombshell of an announcement from Esther, who has told him that she and Mordecai are related.  Once again, we see how clued out the king is.  Here’s a man who rules over 127 provinces but doesn’t have any idea of what’s been going on around him.

Esther gets Haman’s house, but Mordecai gets the king’s signet ring, which is a big deal, because it’s the same ring Haman used to pass his decree to kill all the Jews.  That, by the way is still an issue because the decree is still out there.  Esther hurls herself at the king’s feet, begging him to revoke it, and the king basically says, well, Mordecai has my ring, he can deal with it.  The king, as we have seen, prefers to leave little things like royal decrees to other people.  No micro-manager is Ahasuerus.

Unlike Esther, Mordecai knows that a law of the Medes and Persians cannot be revoked, so he writes another one, giving the Jews the right to defend themselves (and even exact revenge on their attackers) when the day of their destruction comes.  That day is scheduled to be the 13th day of the 12th month, the month of Adar, and it’s coming up.

Mordecai’s edict is sent out on royal horses to every province in the empire, in every language he can think of. It’s the same way Haman’s decree to destroy the Jews was issued back in chapter 3.

There are further comparisons: Mordecai in sackcloth and ashes in chapter 3 - Mordecai decked out in rich apparel and a gold crown in chapter 8; the fasting and lamenting of the Jews over Haman’s decree in chapter 4, and their rejoicing over Mordecai’s in chapter 8.  Once again, we see the work of a skilled writer.   There was much discussion over underlying messages in this story.  To some commentators, like the early church father Origen, there’s an allegory going on here.  Some see Mordecai’s decree as a metaphor for God’s merciful intervention through Christ, not in doing away with divine justice, but overcoming it with reconciliation.

Group member Cheryl, no fan of allegories, saw an apocalyptic theme of good versus evil at play, with two forces fighting it out over the way the two edicts run up against each other.

The Jews aren’t out of the woods yet, but now they can at least fight back.  Mordecai’s decree is received with rejoicing by the Jews, who have a holiday, to be repeated for thousands of years as the Feast of Purim.  The news is even received with some trepidation by the Persians, some of whom think it’s a good idea to claim to be Jews, as they watch their Jewish neighbors sharpening their weapons.  The 13th of Adar is coming up.