Chapter Three of the Book of Esther 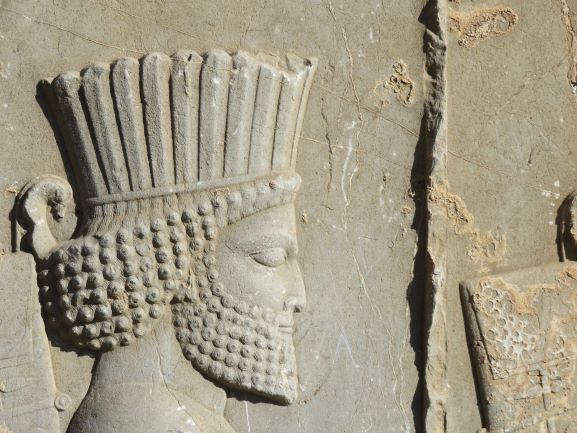 Wednesday’s Bible Study was left with a real cliffhanger this week, just as our Zoom meetings went into a summer hiatus.  It’s dangerous days for the Jews of Persia.

“After these things,” begins Esther Chapter three, signalling that something new is about to happen.  “These things” of course, were the elevation of Esther as Queen of Persia, and the promotion of her cousin and foster father Mordecai to a position at the palace gates.

The something new is the arrival of the villain of the story.  The introduction of Haman, a high-ranking official in the empire would make Jews reading this story sit up and take notice.  Haman, we are told, is an Amalekite, one of those Canaanite tribes who were historical enemies of the Jews.  Worse yet, he’s an Agagite, which suggests he may even be descended from the notorious Amalekite ruler King Saul was ordered to destroy back in the first book of Samuel.

Haman, for reasons we are not told has been promoted to one of the highest positions in the land.  He can’t help but notice Mordecai is the only one who refuses to bow down to him as he passes by.  Trouble is soon brewing.  Haman resolves not only to punish Mordecai for insubordination, but to wipe out the entire Jewish population of the empire.

Haman goes to the king with accusations against a certain group of subversives, not mentioning any names, who are a threat to his rule.  He’ll take care of them, he says, and even finance the whole thing.  Security will be restored and it won’t cost him a dime.  The king obviously doesn’t believe in micro-managing his empire.  Without even bothering to ask who these subversives are he hands over his signet ring to Haman and tells him to go ahead.

Haman is an efficient bureaucrat.  He draws up a decree ordering the massacre of every Jewish man, woman and child in the empire, has it translated into multiple languages, and sent far and wide.  At the end of the chapter, things are looking pretty bad for the Jews.

Some things to note from our discussion:  Once again, we see no mention of God, but Mordecai’s declaration that he is a Jew brings a religious dynamic to the story.  Up until now, Mordecai has been keeping his Jewishness under wraps, warning Esther to tell no one of her heritage.  But when it comes down to bowing to an Amalekite, an ancient enemy of his people, he won’t do it.

Haman’s motivation is clearly more than the wounded pride of a pompous man.  The fact that Mordecai is a Jew awakens a visceral hatred against an old enemy and he sees an opportunity to commit genocide.

The king appears to be largely disinterested in the whole thing, allowing his strings to be pulled by a devious and manipulative official.

Then there’s the roll of the dice, the “pur” that gives the name to the festival of Purim.  Haman rolls the dice in the first month of the year, to determine the optimum time to carry out his plan.  The dice say the twelfth month of the year is the best time to do it, ultimately giving the Jews a whole year to get ready for what is going to happen.  Could it be that those dice were loaded with God’s providential grace?

The chapter ends with the king and Haman having a celebratory drink, while the city of Susa, and presumably the lands beyond the capital are thrown into confusion.

We’re just going to have to wait until August, to see what Mordecai and Esther are going to do about this whole mess.  The Bible Study is taking the month of July off, but we will be back.

We welcomed three new members this week.  For anyone wanting to join us in August, watch the website for our next Zoom meeting.