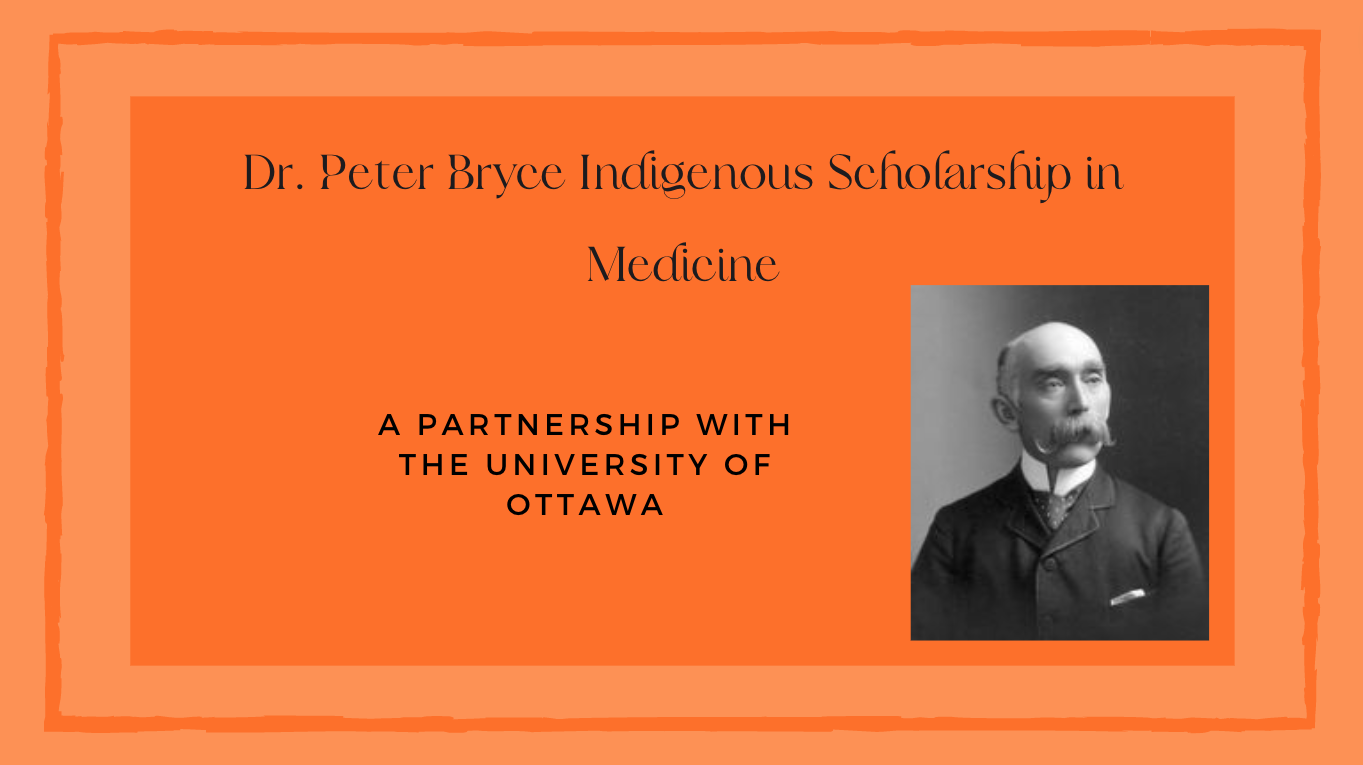 The Dr. Peter Bryce Indigenous Scholarship in Medicine is a new scholarship, sponsored by Knox Church, at the University of Ottawa.

Initial scholarships of $2000 will be awarded annually (beginning in 2023) to an applicant who is a full-time student in the Undergraduate Medical Education Program (UGME) in the Faculty of Medicine demonstrating financial need and meeting the requirements of the University’s Eligibility for Focused Admissions, Scholarships and Bursaries for First Nations, Inuit and Metis people. Selection will be made by a committee composed of UOttawa's Director of Financial Aid and Awards, the Director of Indigenous Affairs and the Director of the Faculty of Medicine’s Indigenous Program.

This scholarship for Indigenous medical students started out as an idea from the leadership at Knox in early 2022. It is a concrete way for Knox to show its support for furthering the goals of the Calls to Action of the Truth and Reconciliation Commission of 2015. It also aligns with the Presbyterian Church in Canada’s 1994 Confession to God and to Indigenous People, following the denomination’s involvement in the Residential School programs.

The decision to name the scholarship after Dr. Peter Bryce was made following consultations with local and national indigenous leadership as well as denominational contacts. In 1907, while Dr. Bryce was Chief Medical Officer of the federal Department of the Interior and Indian Affairs, he wrote a report pointing to the high death rates in residential schools due to tuberculosis. The Government ignored his findings. In 1922, following his retirement, he published his report under the title “The Story of a National Crime: Being a Record of the Health Conditions of the Indians of Canada from 1904 to 1921”.  Dr. Bryce was a member of the Presbyterian Church in Canada which was responsible for a number of these schools.  He died in 1932 and is buried in Beechwood Cemetery.

Donations toward the scholarship will be welcomed, whether from members of Knox, other congregation or non-affiliated individuals, and will be processed through the University of Ottawa Scholarship program. To make a donation to the scholarship, click the following link: Dr. Peter Bryce Indigenous Scholarship in Medicine